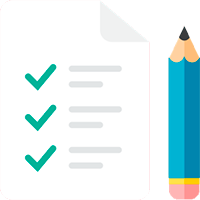 Richbon Nigeria Ltd, Authorised Distributor of Sinotruk in the country opened a new ultra-modern truck servicing and spare part centre in Lagos. A statement from the company said the development was meant to further strengthen its presence in the Nigerian market. The statement quoted the Chief Executive Officer, Richbon Group, Mr. Christopher Munagolu, who spoke during a tour of the facility, as saying that 3S was built to provide value-added services for its customers and the transport industry. Munagolu said the inauguration of the company also informed the visit of the Chairman of China National Heavy Duty Truck Corporation, Ma Chunji, to the company. Chunji also promised that Richbon Group would get all the support it needed to further drive its operations within and outside the country. The statement quoted Chunji as saying, “We produce 150,000 trucks annually and we have seen large trucks being bought in Nigeria, making the market one of our most viable and Richbon our most valued’. The Commissioner for Transport, Kayode Opeifa, who opened the facility, commended the laudable feats attained by the company saying, it was good to know that indigenous companies like Richbon were internationally recognised. He added that this development would no doubt rub off on the growth of the economy. He also mentioned that the state government would support the company in any capacity to sustain the achievement. Opeifa said, “An Achievement like this needs to be supported and that we would do; Lagos state would need 10,000 trucks by next year; those trucks we would get from Richbon.” www.richbontruck.com 0700RICHBON, 0800RICHBON Culled from: Advertorials Report (2012)